It’s been 55 years since Ayn Rand published Atlas Shrugged – and yet the 1957 epic seems to have anticipated every argument that Barack Obama is using in the presidential campaign of 2012. Which just goes to show how stale his arguments are. 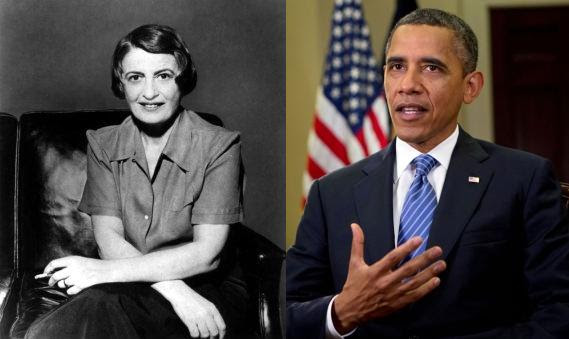 Rand’s answer to “You didn’t build that” has already been making the rounds of the Internet. Now the president has brought Robin Hood into the debate, accusing “Romney Hood” of reversing the usual formula by stealing from the poor and giving to the rich. There was a character in Atlas Shrugged who did exactly that. The pirate Ragnar Danneskjöld become the terror of the seas by capturing government aid ships. Here’s what Danneskjöld had to say about Robin Hood in a conversation with steel magnate Hank Rearden:

A “mediocrity who, unable to make his own living, has demanded the power to dispose of the property of his betters?” And to think Rand never even met Obama.

Posted by Michael Isenberg at 7:31 AM