In the past year we’ve heard about the 1% and the 99%; now we’re hearing about the 0.7. That’s comedian Jon Stewart’s estimate of the number of cases of voter fraud that occurs in each state every year. 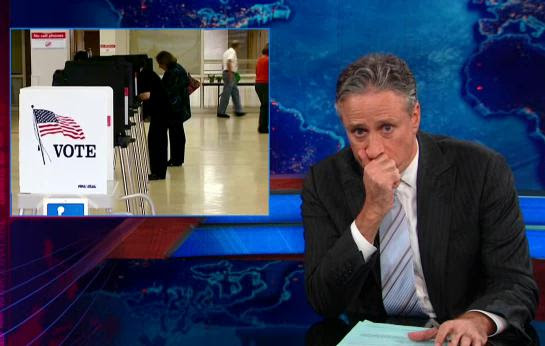 Mr. Stewart introduced 0.7 on Wednesday’s episode of The Daily Show. It was impressive comedy (“Next up: leash laws for unicorns!”) but less impressive statistics. He based it on a Republican National Lawyers Association survey that found 340 cases of voter fraud in 46 states over a 10-year period [340/(10x50)=0.7].

The 0.7 is something of a concession: this is the first time I ever heard any liberal admit that the incidence of voter fraud is greater than zero. Nevertheless, there are two problems with the statistic. First, the survey counts prosecutions or convictions. Since many of these cases involve multiple incidents of fraud, merely counting the number of cases understates the number of votes affected. More serious is that the RNLA survey was merely a sampling of cases, not a comprehensive study. RNLA says it “conducted a limited survey to indicate whether vote fraud charges have been filed in states across the country since 2000. We looked for at least one example in each state.” Clearly, this survey is not a gauge of the size of the voter fraud problem.

As far as I know, no comprehensive study has ever been done. Conducting one would be complicated, thanks to the number of cases that partisan election officials decline to prosecute—as we saw in Worcester, MA in 2010.

Still, I hope someone can overcome these obstacles and put some science behind the debate. The anecdotal accounts—which RNLA reports almost daily on its website—are sufficient that all of us, regardless of political persuasion, should be concerned.

If we ever lose the integrity of our electoral system, democracy is over.

Posted by Michael Isenberg at 1:10 PM